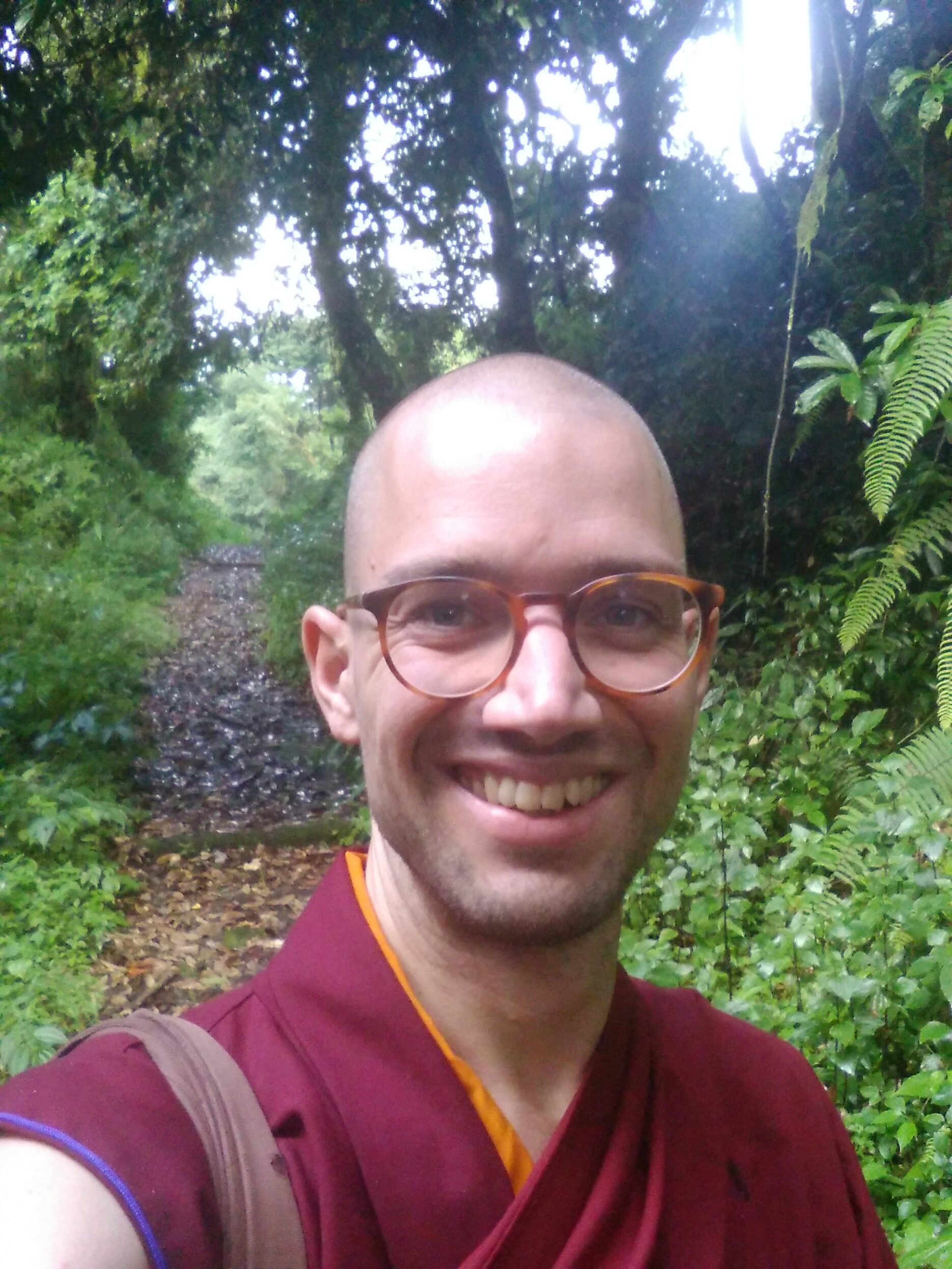 Am I a ‘writer’? Maybe a ‘philosopher’? Or a ‘modern monk’? I kind of like all three labels. In a simple, light and yet deep manner I try to help people on their path to wisdom & compassion. To wonder, ask questions and meditation can help us with this. Nobody wants to suffer and we all want to have a happy and meaningful life. Mainly through writing & teaching – with the dharma (Buddhist teachings) as a primary source but also drawing from western philosophy, Abrahamic religions & science – I try to benefit all beings. One hundred years from now it does not matter what kind of clothing I was wearing, what house I was living in or how much money I possessed. If I left the world a better place than when I saw light in 1986, even if it is just a tiny bit, I would be very happy.

Biography
I grew up in a little village in the countryside, in the province Fryslân in the north of The Netherlands (Europe). I was taught to be part of an ethnic group called The Frisians and thus learned two languages: Frisian & Dutch. This experience has always made me sensitive & curious about minorities, diversity & the art of expressing yourself through language.

Religion was strongly part of my childhood in both my education and upbringing in the catholic tradition. In addition, I and my three brothers did a lot of sports and went on many adventures in Europe (e.g. climbing mountains, canoeing on wild rivers) till our parents divorced when I was 13. We continued to live with our mom. Life changed in many ways. Despite difficult times, we were all fortunate to do well in education throughout our childhood.

I decided to study sports-marketing & management (at Rotterdam University of Applied Sciences) when I was almost 17. Though I enjoyed that – and also had some part-time related jobs related to it – the big questions of life that I knew from the world of religion were always beneath the surface.

The book Sophie’s world, which I read during my studies, together with contemplating & writing about life as I was living alone in ’the big city’ of Rotterdam, lead me to study philosophy and a strong wish to teach it. After all, an unexamined life was not worth living – according to Socrates. And how, I wondered, can we possibly find meaning and have a happier world if we don’t ask the big questions?

Thus it happened: I studied philosophy (at the University of Utrecht) and taught the subject at secondary school for seven years at Wolfert (in Rotterdam); was part of the board of the organization for philosophy teachers for secondary education (VFVO) & Dutch Centre for Philosophy with Children (CKN); published with a friend two books about philosophy and well-being in education & upbringing. I felt very fortunate and joyful.

At the same time when I read Sophie’s world, I also learned about Tibet, the xivth Dalai Lama and Buddhism. Meditation became directly part of my life with my first long relationship that lasted about six beautiful years. We travelled to India in 2011 together and did a Tibetan-Buddhist retreat in Dharamsala. Soon I became a Buddhist practitioner. At first, this meant that I was looking for ways to make this part of my life in The Netherlands. Among other things, volunteering in prison & becoming a mindfulness trainer for both adults (tradition of MBSR) & young adults (.b – mindfulness in schools project). During this period I also studied Buddhist philosophy as a member of Nalandabodhi and became a student of the founder of that group & Buddhist teacher Dzogchen Ponlop Rinpoche.

However, all kinds of events brought me in 2017 on the journey that I had wished to make for many years: travelling to Tibet. This gave my life a new direction. Started by a new romantic love I decided to live in Jerusalem and do a master’s in Jewish studies (which includes the other two Abrahamic religions) at the Hebrew University. I felt at home in Jerusalem, and am deeply affected by the relationship & life I had in ’the heart of the world’. However, my own heart kept pointing in a different direction and I could not ignore the voices within myself…

…Thus, after staying for about at NalandaWest in Seattle (United States), one of the centers of Nalandabodhi, now I find myself at Sarah College (India) studying Tibetan, Vinaya, and continue to do voluntary work for Nalandabodhi as PR & Outreach officer. The leap into this unknown is scary at times, but also joyful. Read more about my novice ordination, the spiritual journey and my path here.