A day before I had arrived in Rome (Italy). Now I was wandering through the streets for the first time. Suddenly I saw a large group of young students heading my way. ‘What is this?’ I asked myself. I looked closely and discovered they were holding various boards and wearing t-shirts with texts & images. It was then that I realised these students were part of a protest. Soon I found out they demonstrated ‘against climate change’. Remembering in that moment Greta Thunberg and news about a worldwide Climate Strike I understood they were part of that movement. I became curious to learn more about their protest and decided to walk along.

Soon I found myself among thousands of young students from Rome demonstrating at the Piazza Republica and Piazza Venezia – the very heart of ancient and modern Rome. Their boards, shirts and speeches expressed various things: the planet is getting hotter, there is no planet B; there is a mass extinction among animals going on; politicians are doing nothing; all life is equal; our big ego is standing in the way to solutions; we are polluting and destroying nature; and so on. Though there were many underlying emotions – from anger to fear – they all were an expression of concern. Or, rather, these students are clearly and deeply worried about climate change. If we do not act now, the future will be terrible. In fact, life as we know it might come to an end. The planet, according to some slogans, needs to be saved!

Asking a different question
Many things have been written about both the possible causes and effects of climate change. Often it is discussed what the ‘facts’ are, what we know and how can we solve it. The topic leads to heated debates and a lot of anger. Thunberg, who stood at the beginning of the Climate Strikes, was making clear during a UN-meeting how furious she was about the current politicians, companies and so on. Recently we have seen, with groups like Extinction Rebellion, that some protests have turned violent.

Closer to home I have friends & family who agree with demonstrations, or at least support the idea that the problem is urgent and needs immediate solutions. Others reject demonstrations, certainly if they show anger & violence and / or doubt several or all things claimed by those who advocate ‘against climate change’. A conversation between these different groups seems hardly possible. I have no illusion of settling any debates or have everyone accept certain ‘facts’. Rather, I want to pose another question. A question that might not only help us to have a real dialogue instead of throwing mud at each other. It can also help us to see new pathways and a possible future we want to work for together. The question I have in mind is the following: do we need to worry about climate change? Or, put differently, should those who see the young students walk through the streets of Rome (and elsewhere) feel troubled – for themselves and / or for others?

Need to worry?
One friend of mine recently told me she was considering to move to Sweden – to avoid the catastrophes her land, the Netherlands, would face in the near future. My mother and stepfather, living in the Dutch city Harlingen, which is situated a little bit above and below sea level and close to water, are not really concerned. They think what will happen is uncertain and point to some recent events that show it might even go opposite to what many, like this other friend, believe. At the same time, they do think things will in fact change and we need to adapt to such a change. How, is something we need to talk about. This other friend, however, stresses that many – like my mother & stepfather – do not realise the impact climate change will have and that their lives, or that of their children (including myself) is at danger in many ways: if their city will not simply be flooded, ecosystems will collapse around them and heatwaves or showers will occur frequently. Leave aside the impact it will have in drier areas: food shortages, lack of water, decrease of biodiversity, large fires and so on. Which will certainly also impact life elsewhere, including Harlingen. So, again, do they need to worry and act to change their life or even move?

Ever-changing reality
It seems beyond doubt, even for the strongest skeptics, that the climate is changing. Coming from a buddhist perspective myself, I would say this is an absolute truth about reality itself: all things are constantly changing, including our climate. There is not one example of some ’thing’ that has remained stable. Think about it: can you perceive any object that has stayed the same? This might be a first reason not to be concerned regarding climate change as well. Indeed, as my mom would say: “the climate has changed for centuries. So, why should we be alarmed that it changes now as well?” On the one hand, that seems to be a fair point. On the other hand, such an attitude could also mean one does not see the current situation clearly and the possible effects that we need to prepare for. Or at least not feel the urgency to take strong measures to adapt to those changes. It is okay, my stepfather holds, that we make our dyk – an embankment of earth and rock built to prevent floods – a little bit higher. But is it truly necessary to stop using fossil fuels and build so many windmills? He is not fully convinced. At least, not about the speed concerning the first and how helpful it is regarding the second. I, myself, am not concerned either. Yet, for other reasons.

Crisis?
The first reason not to worry has to do with the notion of a ‘crisis’ or ‘problem’. Whether it are my friends, family or young students protesting, if they are concerned it ultimately is about themselves. Or at least about human kind. A hotter climate indeed changes ecosystems, even leads to the collapse of some, but for ‘nature’ itself this development is simply ‘neutral’. The planet is not a being that experiences these developments as problematic. Though we often speak about ‘mother nature’ is because ‘she’ is ‘nurturing’ us – homo sapiens. Seeing this earth as a mother is an anthropomorphic perspective. It is nonetheless true that there is something special about our planet: the very existence of life. In the current climate different life forms can flourish. If it becomes hotter, unstable and extremely polluted with plastics and so on, that might very well change. Whether that is truly problematic? I am not so sure. We, as humans, perhaps want life to continue. Including the polar bear, elephants and whales. Yet, if we think deeply, what does it exactly mean if we use terms like ‘crisis’ or ‘problem’? It mostly means: it threatens the things we value personally or as humankind. But is there something holy that has a value on its own which we threaten to destroy or end as humans?

Our responsibility
Personally, I do value life. There is something beautiful, fascinating and enchanting about the existence of life as such. I can observe ants for hours full of intrigue, look at the sky in wonder or walk through the Himalaya fully of joy. Experience the world and be aware of such feelings, which requires consciousness, is also something that is dear to me. In that sense, I do think the climate confronts us with challenges. First of all, because changes in our climate might end the possibility of life to flourish as it did for many centuries. The mass extinction that is currently happening is a sign for this. Secondly, human activities like fossil fuel CO2 emissions and plastic cause many living beings to suffer. This is a direct relationship for which we – homo sapiens – are responsible. It seems easy to agree that all living beings do not want to suffer but seek happiness. In addition, that we all have the responsibility not to cause suffering and instead increase the happiness of all living beings. If we take this as our basic principle, then climate change can indeed be called ‘problematic’. Still, does that mean we need to worry?

Shifting focus
This brings me to another reason why there might be no need to be worry about climate change. If people speak about climate change, they often refer to destructive phenomena: the increase of hurricanes and wildfires, droughts and hunger, collapsing ecosystems and loss of mass extinction of animals. But why would we only speak about darkness & catastrophe? Why not focus on light & solutions? The, in my perspective strongly undervalued, movie Tomorrowland (also called Project T) illustrated this beautifully in many ways. In one fragment the main character, Casey Newton, follows lessons at school in which she hears about all the problems. She, however, has one question that is initially being ignored: “can we fix it?” Or: “what are we doing to fix it?” Though things might be moving too slow in the view of many, there are in fact many suggestions what we can do. It is perhaps more problematic to implement them. That might require some creative thinking. But there is no reason to give up.

In the words of Casey Newton: “it is hard to have ideas, and easy to give up.”

Fixing problems
The idea of problems and solutions reminds me also of two things the XIVth Dalai Lama often repeats. Firstly, the fact that our news often reflects the very small percentage (5%? A little bit more, or less?) of ‘problems’ happening in our world. A much larger percentage of the things that happen are in fact ‘positive’: neighbours that help each other, people that volunteer helping those in need or many moments of kindness in our workplace or on the streets. Secondly, the words of a famous Tibetan Buddhist teacher, saying: “If a problem is fixable, there is no need to worry. If a problem is not fixable, there is no need to worry. Either way, there is no need to worry.” So, when my stepfather asks ‘how should we change the situation?’ he is posing a very important question. Not having a solution yet, not knowing how to fix things, can indeed make us feel a bit lost. Yet, there is truly no need to worry.

Feeding the right wolf
In sum, the topic of climate change currently is fixated on ‘facts’ and ‘positions’ on both the causes and effects. Policies and solutions are being politicized and connected to ideologies. It fuels anger, conflicts between different groups and even violence. What would happen if we see that there are many reasons not to worry? What if we can agree on the basic principle that all living being do not want to suffer but seek happiness? What if we focus on what we can do to fix the ‘problems’ climate change confronts us with? I think we would feel a shared responsibility and work together to make sure our climate will continue to enable life to flourish on this planet. There is no need to worry, but there is a need to act. Something my friend that wants to move, my mom & stepfather as well as the young students can agree upon.

In Tomorrowland Casey reminds us of an old popular legend, known as the Two Wolves, in a conversation with her father. It goes like this:

So, let us start feeding the right wolf.

P.s. how do you think we can fix the problems climate change is confronting us with? Comment below and inspire each other. 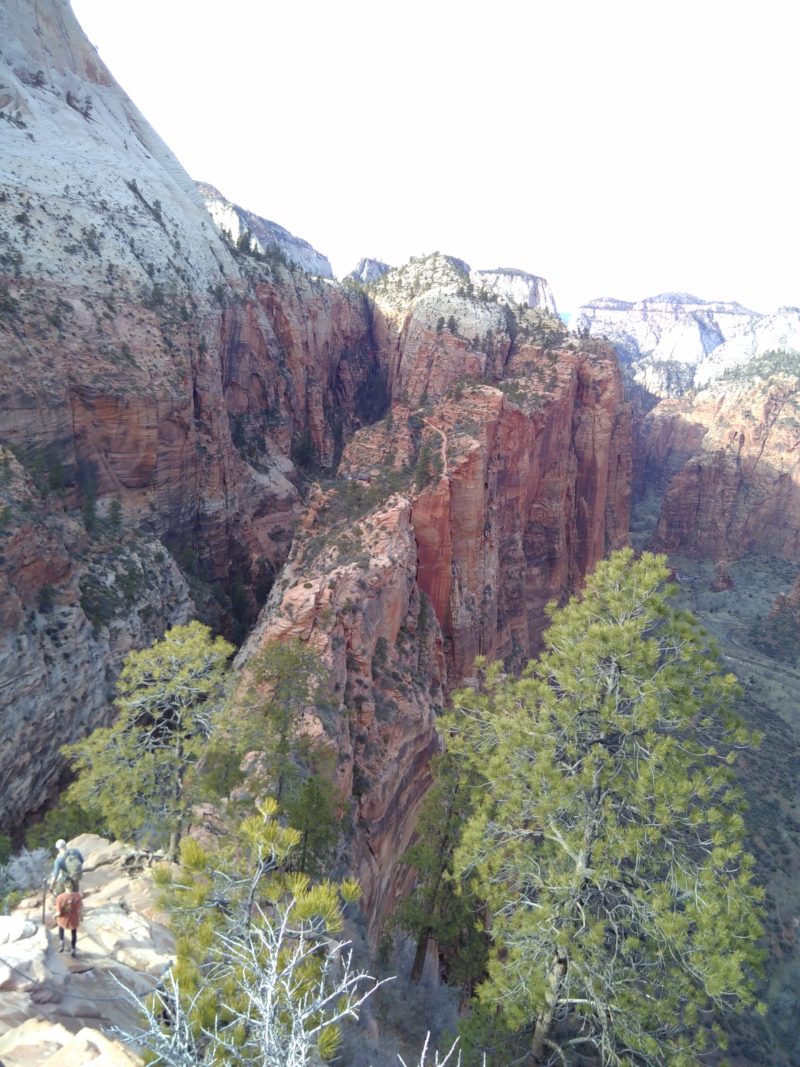 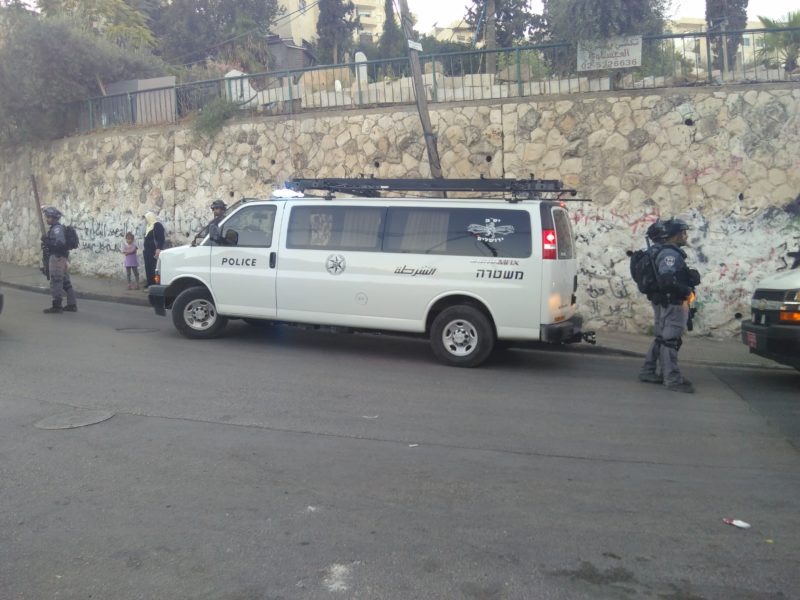 Urgent: become a force for good in the face of conflict! 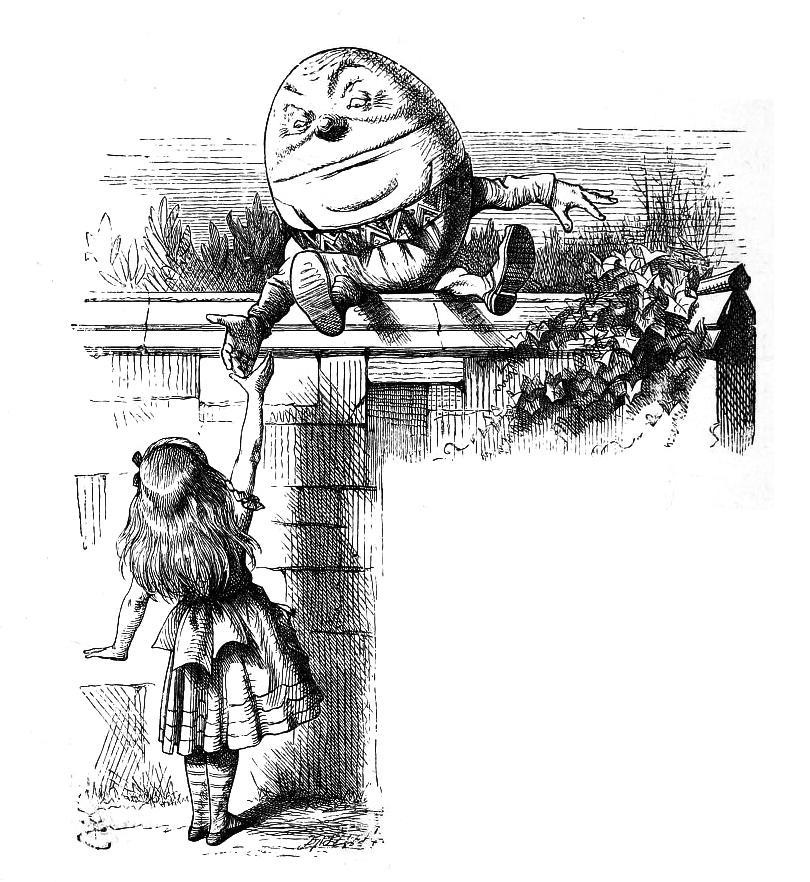 Who are we without language? 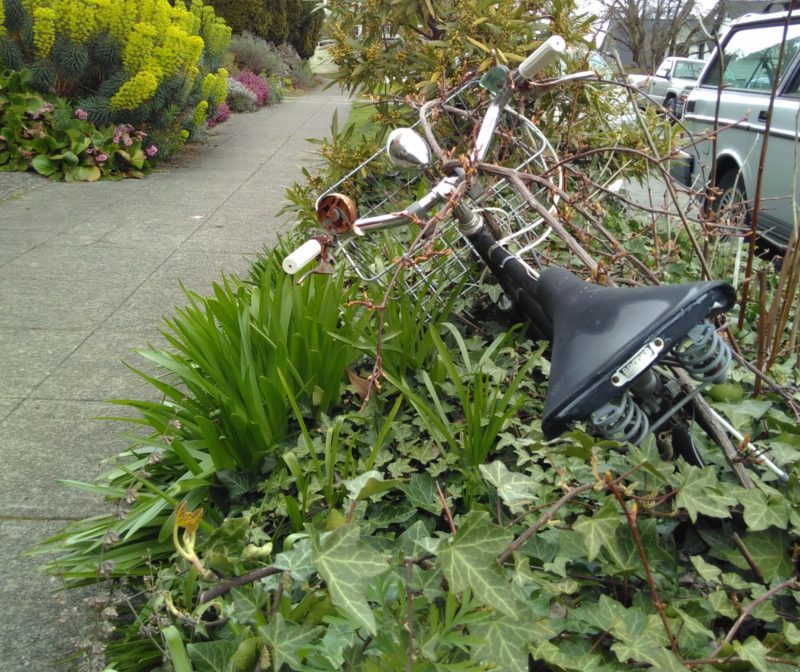 To wonder or not to wonder, that is the real question