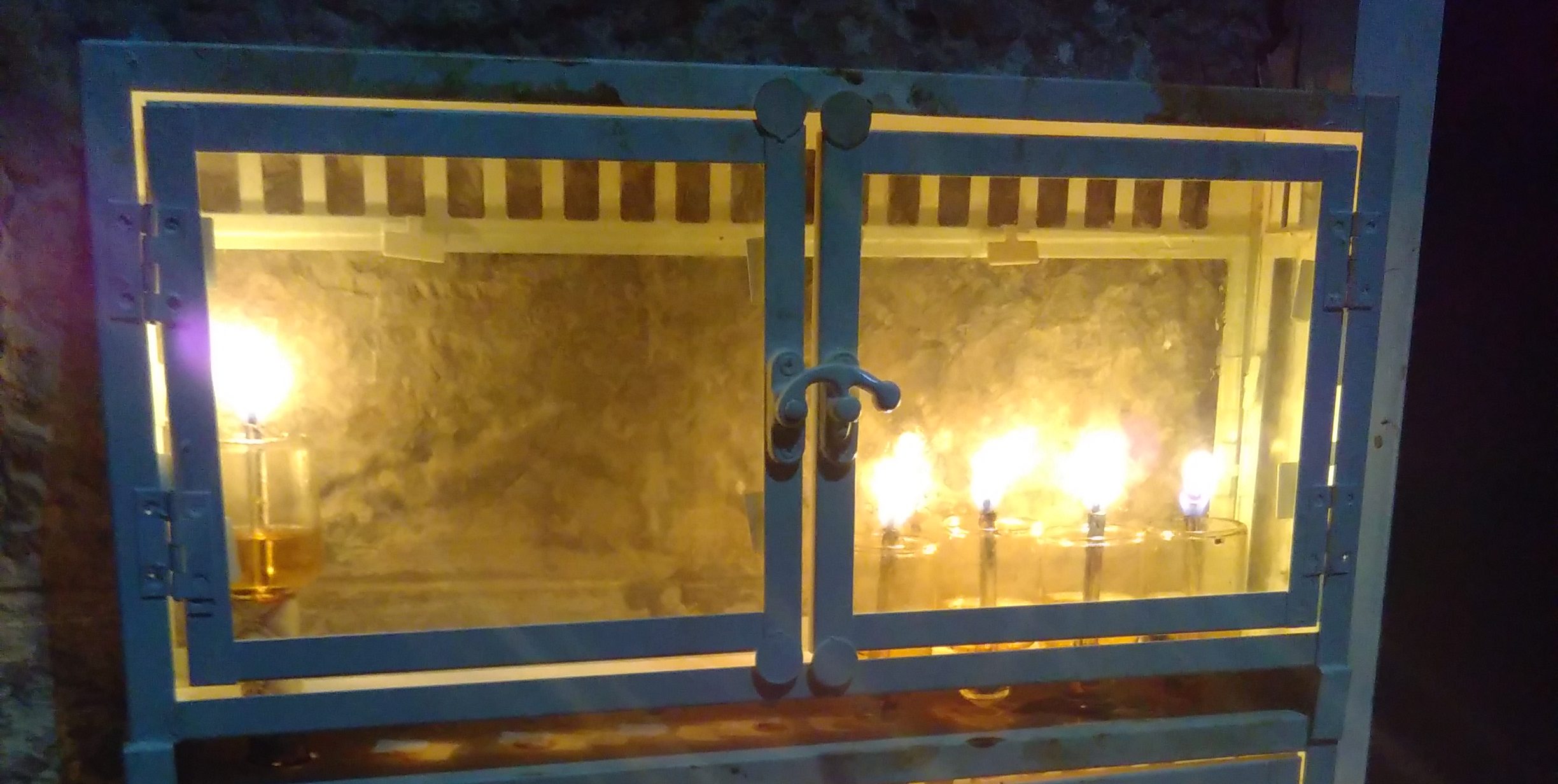 What is it that you want from life? What do you have to give to others? What is the mission that we all share? By looking at the lights of Hanukkah you might find an answer. Looking at the flickering flames in the streets of Jerusalem, we can ask ourselves: what are they telling us? With every new light that is lit on the menorah, I’ve learned something new about this “festival of lights” celebrated by the Jewish people and why it is a great symbol of hope for the whole world.

On the second day of Hanukkah I visited the Rabbi Reuven Grodner (RRG) Beit Midrash at Hebrew University. In addition to the latkes and doughnuts that have become a part of this traditional festival, there was a musical guest, Yitzhak Meir. With his guitar in his hands, and his little son (maybe four years old) walking around at the Beit Midrash, he shared wonderful songs and stories about Hanukkah. The moment the artificial lights went off and the two candles were lit for this second day, everyone could feel that Hanukkah was something special. Or maybe the candlelight in the dark somehow causes wonder and wakefulness. Why? How does looking at these candles move our hearts? What makes light so special? 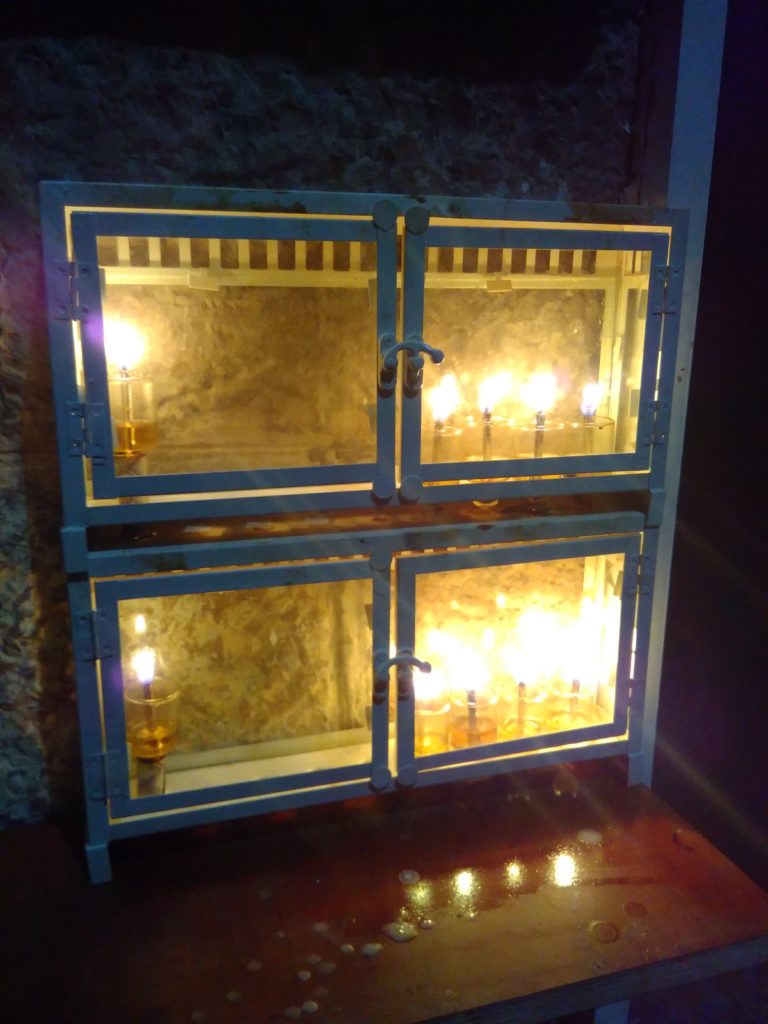 According to Yitzhak Meir, it all has to do with dreams. Hanukkah is a time of thinking about what you want from life. Light is a symbol reminding us of what to do with our time. He started to play on his guitar and shared with us how everyone says that one day they will follow their dreams. One day. Maybe when your boss has asked too much from you, and you have had enough of the job that you are doing. Maybe when you are a little bit older and are done with all the things that occupy your life. Maybe when… Maybe. But that will never happen, Meir sings. There is always something else to do. It comes down to us making a decision about what we want from life, and then starting to make our dreams a reality.

Though his singing and stories are inspiring, the way he was with us and with his son was even more so. That day, he was the one to take care of his son, so the only solution was to bring him along. While standing in front of us, his son takes bites from a latke, looks at the lights, and sometimes says something to his father while he is playing his guitar. Instead of considering that a disturbance, Yitzhak listens to his son and asks him what he wants. If what his son wants is to go home, he kindly asks whether he can play one more song. So he takes him in his hands, continuing to play his guitar. He puts him on his lap and sings yet another song. His patience for his son and the love between them, the way they interact with each other, was even more moving than the words of dedication in his music. Together they are a beautiful light – and it was light as a metaphor that was going to be emphasized by our tour guide in Nachlaot two days later.

I arrived at the Mahane Yehuda Market, known as the Shuk, on Wednesday, the fourth day of Hanukkah, and met up with about thirty other students from Hebrew University. A few minutes later our tour guide, Yoni, arrived. He began to share stories about the Shuk, and later the neighborhood called Nachlaot. We stopped a few times and he told us not just something about the place around us, but also about how he personally connects with the place.

So we stopped at the small synagogue that can be found in the market itself, and the bar opposite it, which is where Yoni met his wife some years ago. We stopped at the house of Rabbi Aryeh Levin, known as the “prisoner’s rabbi” and got to hear his story and observe how our tour guide was moved by the life of this rabbi. We stopped at a synagogue where Yoni studied Jewish works that have changed his very life today.

Yet again, more than the stories that he shared, it was his way of being with us that moved me the most. There is a lot we can tell about Hanukkah. In fact, what is actually celebrated on Hanukkah is a topic of debate. If you ask people on the streets, you get a lot of different answers. For some it is about the revolt of the Maccabees and Jewish self-government. Others believe it is about the spiritual victory of Jewish faith. And again, others will state that it is about the “dedication“ (the literal meaning of “Hanukkah”) of the temple, the ceremony and purification accompanying the miracle of the oil. In the Beit Midrash, in fact, we discussed for more than an hour what Hanukkah is all about. 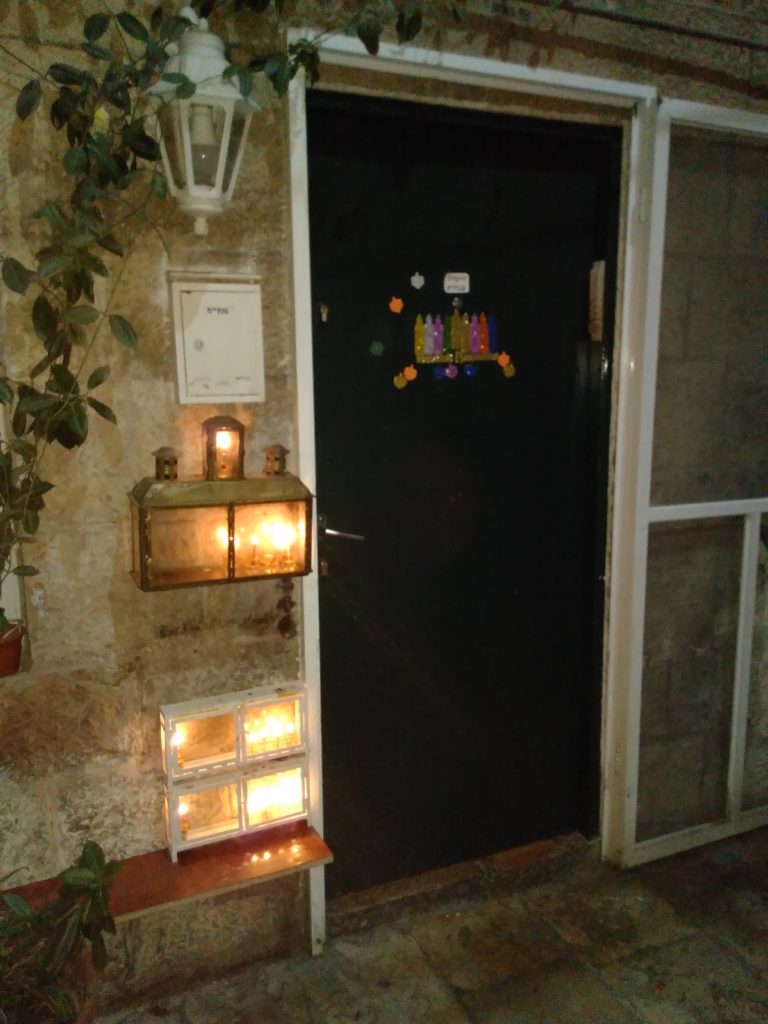 But, above all the stories Yoni told us, there is one element that stood out: the light. A couple of times he asked us to keep quiet and walk along the streets of Nachlaot. Why? “To take the light in,” he said. Look at the candlelight, listen to the candles, see what the flickering flames are telling us. “Why do we light these lights?” Yoni asked us. “And why do we find them in the windows of these houses in Nachlaot or outside of the houses?” His answer was as simple as it was striking: the lights of Hanukkah are not lit for the sake of the light they give, but in order to “publicize the miracle.” And this miracle, though for the Jewish people it is specifically connected with the miracle of the oil, carries a universal message, according to Yoni, which has to do with light as a metaphor: we all carry a light inside ourselves. We all have something to contribute to this world. We have our talents and human qualities like kindness and love. The beautiful thing is, just like real candlelight, if we share them with others not only does our light remain, it becomes even stronger. Furthermore, we also spark the light of others and bring more light to the world.

So we can see that Hanukkah – as I learned from Yitzhak Meir and Yoni – is not just a traditional festival celebrated by the Jewish people to remember a story from the past. The lights of Hanukkah make us wonder about ourselves, about our dreams and human qualities, and about making the world a better place. With every candle that is lit, we are reminded of this mission we all share in life. That is the true miracle of Hanukkah. 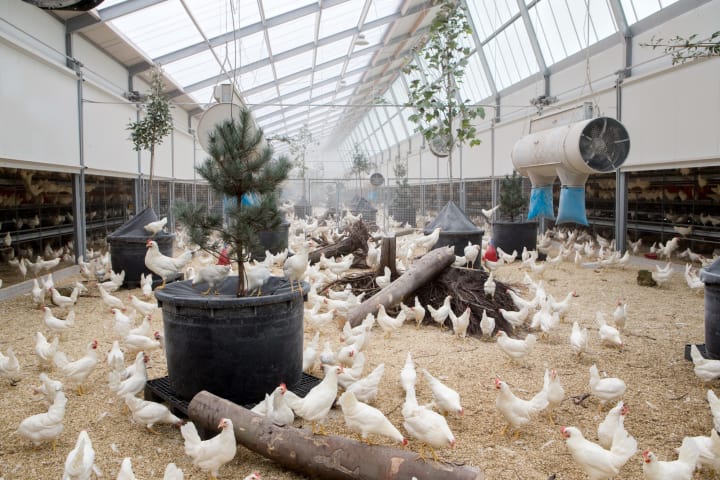 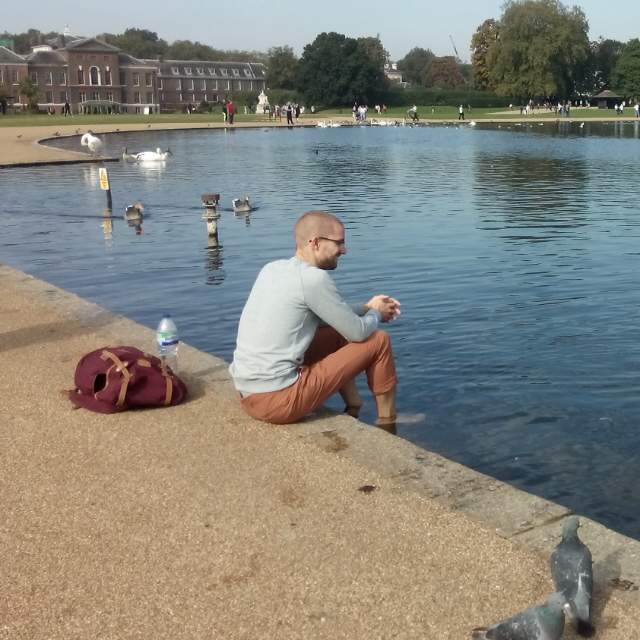 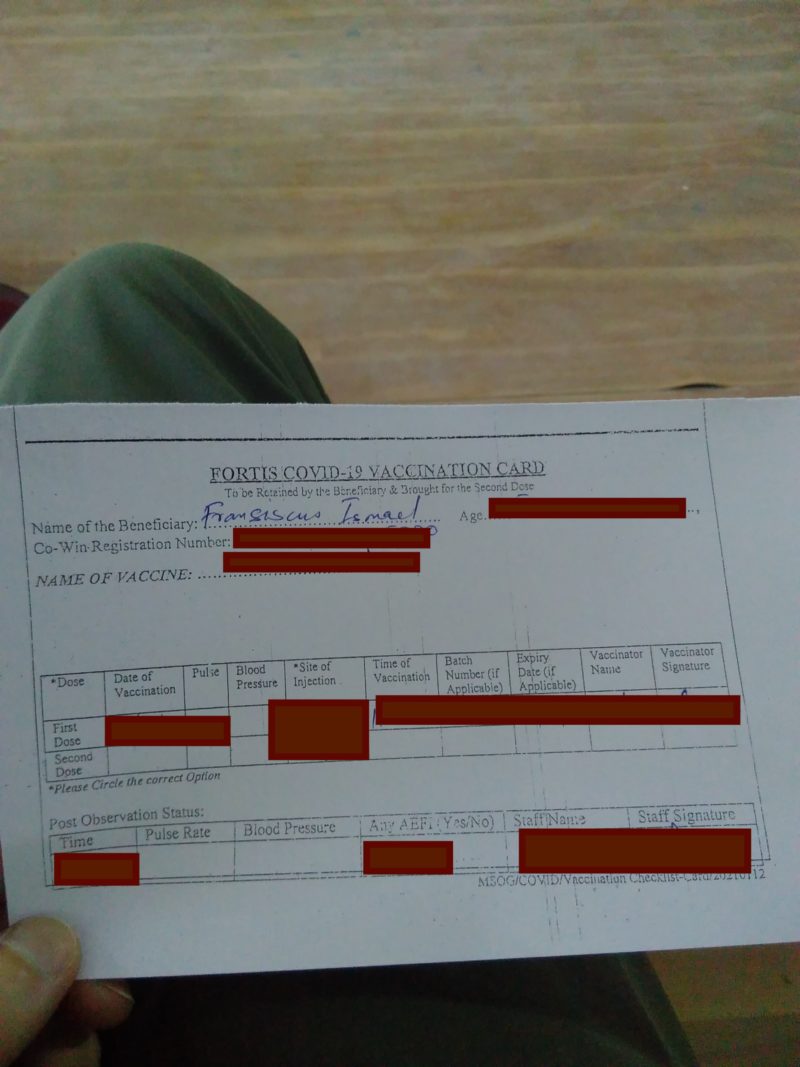 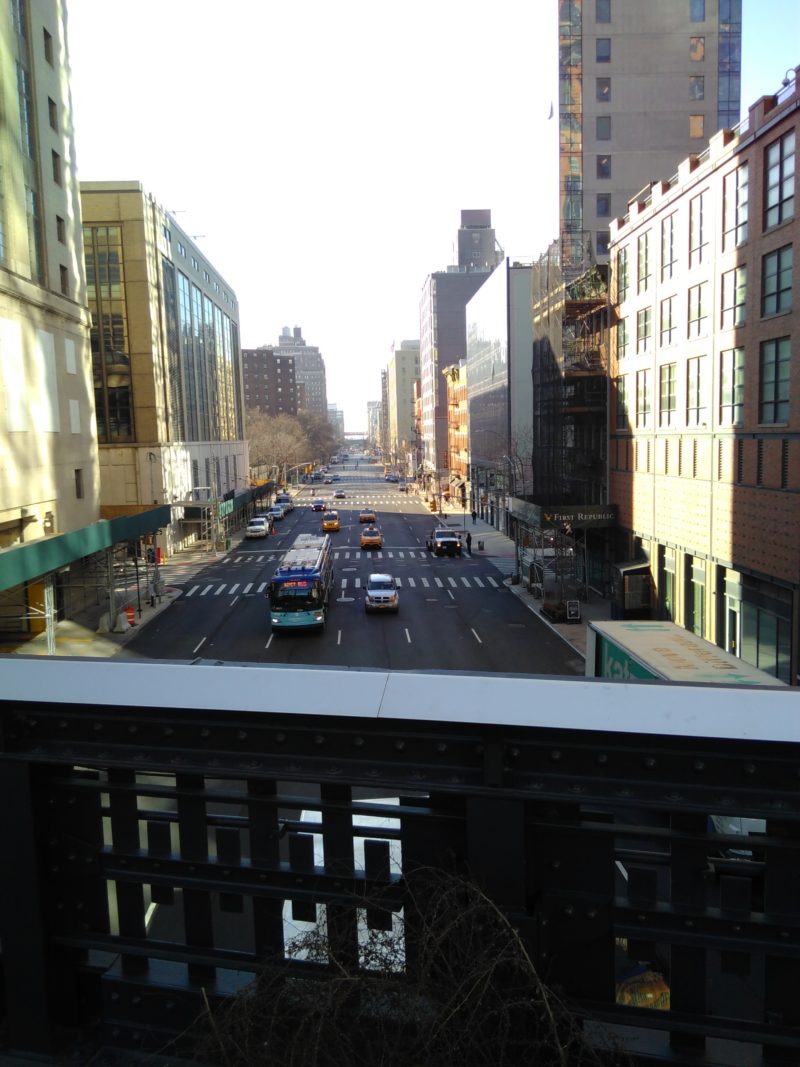